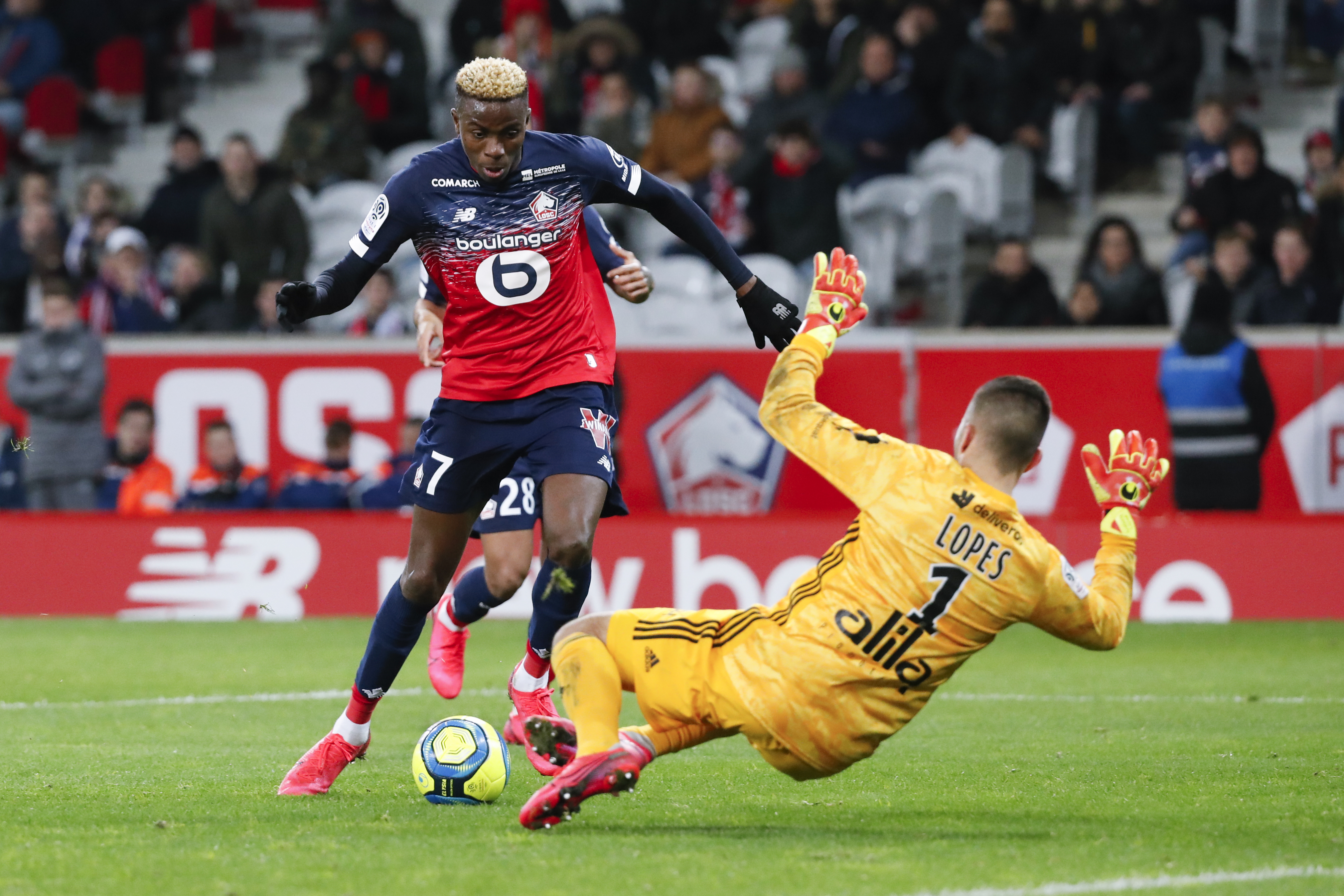 Interesting reports are coming from French site Le10 Sport are claiming that Manchester United are leading the race for Lille striker Victor Osimhen for a potential summer move to Old Trafford.

The report also mentions that Real Madrid are interested in the Nigerian international as well and are willing to unload Luka Jovic, who hasn’t lived up to the hype since joining from Eintracht Frankfurt last summer if needed.

Osimhenbut was in incredible form this season for Lille, scoring 18 times with six assists in all competitions before the Coronavirus outbreak halted all football worldwide.

The 21-year old would be a great compliment for United’s strikers, Anthony Martial and Marcus Rashford but it could be expensive if United want to secure a transfer from Lille.

Signing a new deal just last year, Osimhen still has four years left on that original contract. Lille are not against selling their stars, Arsenal acquired Nicolas Pepe last season for £72m and Osimhen could command a similar price as well.

The fact that Osimhen is being named to Manchester United casts question over Odion Ighalo’s status with United.

After joining United in January, Ighalo has been a spark in the United offense and has emerged as a fan favorite. His initial loan agreement runs until the end of June, but that was until the season was stopped.

If United do ink Ighalo to a new long-term contract then Osimhen’s move to Old Trafford could be a bit of a stretch.