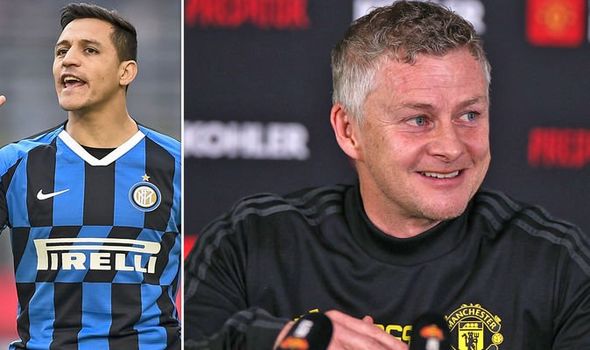 I love waking up in the morning. It’s a new day, full of possibilities and hope, but today I woke up and checked my bookmarked United pages like I usually do. The horror that was presented made me want to go back to bed.

The first article I read was Ole Gunnar Solskjaer saying in his press conference that one of the biggest flops in Manchester United history could return, Angel Sanchez. The exact quote from Solskjaer said (via The Sun): “Alexis will come back in the summer and will prove you all wrong.”

For the first time in my life, I am worried about Manchester United. It is painfully obvious as the Bruno Fernandes transfer saga goes on, and on and one that we aren’t bringing anyone in this transfer window but what amazes me is that we are making potential moves to ‘prove everyone wrong’.

Instead of bringing Sanchez back who is going to be the same flop he was when he was here the first time, prove everyone wrong and spend money to bring players that will make a difference. Prove everyone wrong that have been saying that United as a team is a sinking ship with no direction and no hope since Alex Ferguson left.

Sanchez has played just 214 minutes this season for Inter. Yes, I know he was injured for months but he didn’t make an impact when he wasn’t healthy. What makes United think he will if he comes back for round 2?

Allegedly the only thing keeping the Bruno Fernandes transfer from happening this week is £5mil …. Really, just £5mil? As bad as things are with United, we still have money and I’m sure we can find £5mil to actually bring someone in that, in theory, could have a huge impact in our inept midfield.

I mean, how much did Ed Woodward spend to hire his own PR person to convince us he is a ‘good guy and loves United’.

Instead, we are linked with unheard of players that couldn’t cut it in the Premier League and are playing in China or elsewhere, Islam Slimani loaned out by Leicester City to Monaco and former Watford striker and Chinese Super League standout Odion Ighalo for our potential scoring threats (links via the Express).

Personally, I’d rather have a bag of training balls instead of spending money on Sanchez, Slimani or Ighalo. That way, the current squad won’t have any excuse for not being able to practice.

If there was never the intention of bringing anyone in until summer, tell us that. Instead these constant rumours of so and so being linked with United only fuel the fire of hate that is building towards the owners, management, and players.

For a month we have been fed rumours of players ‘linked’ with United and yes, I will admit, it gave me hope but being 4 days from the transfer window deadline that hope has turned into anger because nobody will be coming in.

And outsiders wonder why the fans are turning on the team and are planning boycotts, walkouts, and lord knows what else.

Sometimes it doesn’t pay to get out of bed.