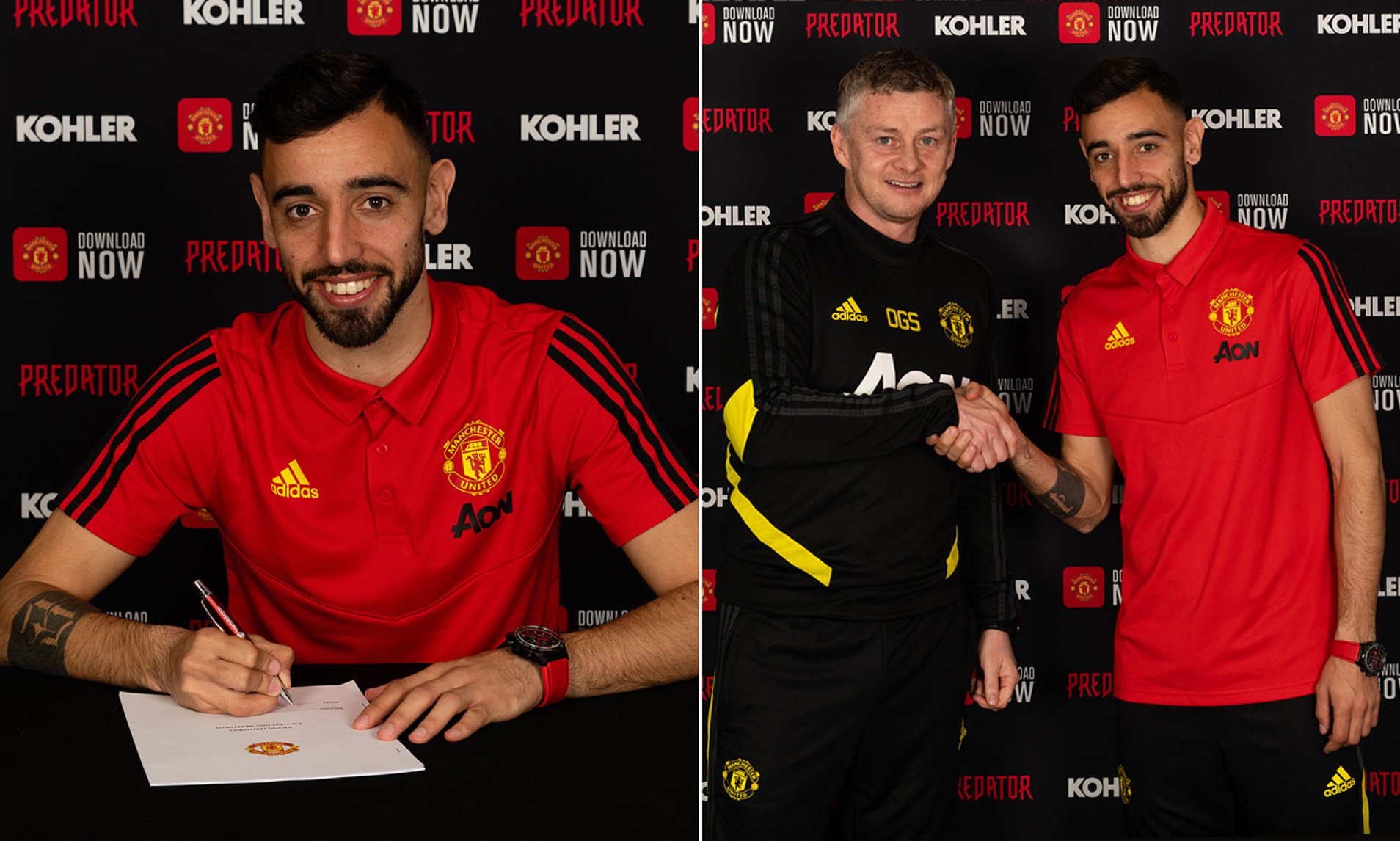 With the Bruno Fernandes transfer saga finally over, Manchester United manager Ole Gunnar Solskjaer held his press conference this morning and of course the hot topic was the Portugal international himself.

We have put together a recap of Solskjaer’s conference with everything he said about our new signing Fernandes.

Asked about why the negotiations for Fernandes took almost a month, Solskjaer said (via Manchester Evening News): “You know, it is about timing, priorities, and also valuation, money and you have a club that owns him, and you can see now in January how much he means to them and they wanted to keep him.

“We are just happy to get it over the line. We have followed him for years. but he has grown gradually in that period as well, more and more, mature. Assured performances, a great leader of his team and even with all speculation that’s been around him. Every club in Europe has been linked with him, but, he stayed focused and played fantastic football for Sporting.

“When you get to see him he is such a fantastic human being.”

You can’t blame United fans for getting impatient this month while the club haggled with Sporting Lisbon over a transfer valuation. Thankfully, the deal is done and it looks like United have signed one of Europe’s top attacking players.

With that, we are all excited to see what impact he can have on the team which currently lacks creativity in the final third. Fernandes is a player with a keen eye for goal and he could make his debut tomorrow against Wolves.

“He’s fit enough to play and he will be involved definitely he’ll be in the squad,” Solskjaer continued. “Let’s get training out of the way today. He has had of course few hectic days now, and even his daughter’s third birthday yesterday.

“I don’t know how much he’ll be involved, but he’ll be in the squad.”

A lot of United fans may not have seen Fernandes play before but will be aware of his incredible stats in the Premeira Liga. The Premier League is a big step up and he will be given time to show his qualities.

Solskjaer was then asked about Fernandes’s style of play and commented his tenacity as a player.

“That is one of his boxes that we had to tick. We wanted players who this means a lot to. He is a winner, he hates losing. I have seen him myself, he uses that anger in a good way, to play better and help teammates. He was a fantastic captain for Sporting and he will be a leader here as well.”

Before Solskjaer took the stage, Fernandes gave another interview as a United player. He talked about who influenced him to become a United player when he was a child.

No surprise, it was fellow Portuguese and United legend, Cristiano Ronaldo

“I talked about Manchester United with Cristiano,” Fernandes said, as per GOAL.

“He just said good things about United. He said he started living his dream here and he started being a really good player here.

“I think he is happy with my transfer and I also talked with Ole and he said he asked Cristiano about me and he said good things about me which is good.

“Cristiano plays with me in the national team and he knows me, and for me he’s a good person. I want to follow his steps.

“Now I want to write my history, different to Cristiano because he is the best player in the world. He has played 15 years at the top and it’s difficult to do this, but I want to give my best to write my name in the history of Manchester United.”

No doubt the signing of Fernandes has excited many United supporters. Hopefully, we will see him on the pitch tomorrow displaying the scoring ability he is known for and that we desperately need.