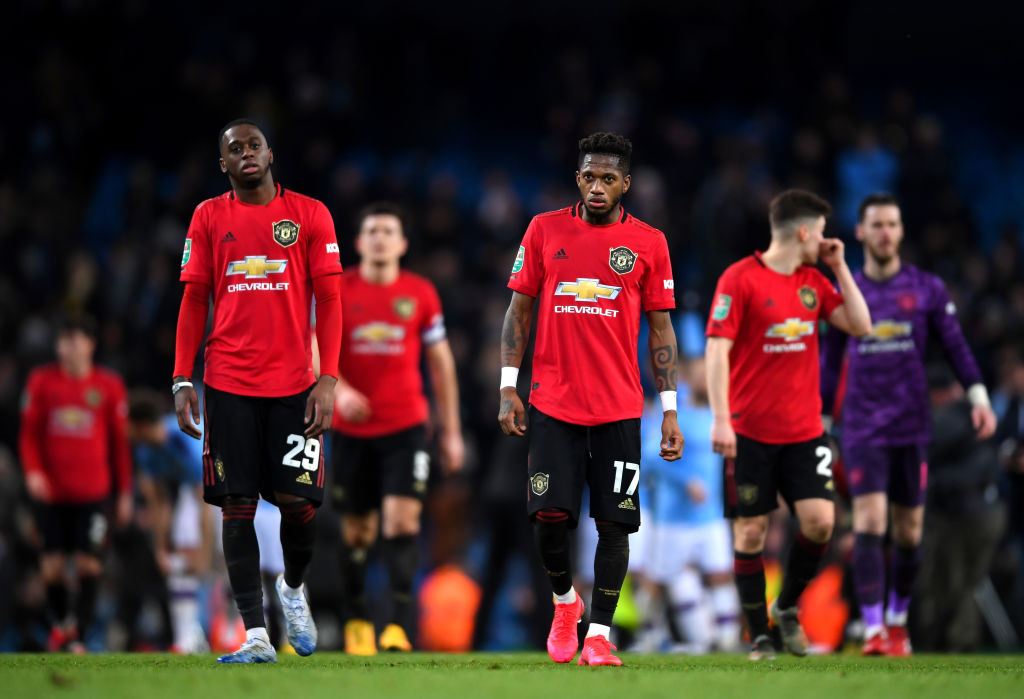 Manchester United faced an uphill battle in order to advance to the Carabao Cup finals. After losing 3-1 in the first leg against Manchester City, United had to score three goals and hold the cross-town rivals scoreless to advance.

Just like the last match, City dominated the early stages, but unlike last time they didn’t score. Keeper David de Gea made outstanding save after outstanding save to keep United’s hope alive, recording three saves in just 15 minutes.

United took the lead in the first half after a Fred deflected set-piece landed perfectly for Nemanja Matic who volleyed it past City keeper Claudio Bravo.

Just before half-time, Raheem equalized but eventually, it was ruled offside and United when into the half up 1-0 but down 3-2 on aggregate.

At the 59-minute mark of the second, David Silva missed a golden opportunity to tie the match after captain Harry Maguire misplayed a clearing pass right to the unmarked striker who opted to pass instead of shooting. Recipient Ilkay Gundogan couldn’t even get a shot off.

The turning point in the match came with 15 minutes to go, when Matic already with one yellow card committed his second bookable offence and was shown the red card.

The 10-man United squad held their own for the remaining part of the match and were lucky to see a Sergio Aquero goal ruled out for offside but ultimately time expired and City won the tie despite losing on the night.

Ultimately the first half deficit from the first match doomed United today.

David De Gea – 8 – The reason we were in this the whole night. He made three amazing saves in the first 15 minutes and it could have easily been a repeat of the last match if not.

Victor Lindelöf – 6 – Very solid in the backline. At times seemed to be the one that had the most confidence in the group.

Harry Maguire (c) – 6- Looked solid at times, especially matched up against Raheem Sterling, stopping him from a sure goal in the first half. He did miss an opportunity for an easy header right in front of the City goal though.

Luke Shaw – 6 – Made a big mistake in the first half when Aguero got into the box but was saved by De Gea. Eventually, he calmed down, played well and was eventually subbed out.

Aaron Wan-Bissaka – 5 – Wasn’t his normal dominating self today. At times late in the match, he got sloppy with passes resulting in turnovers.

Fred – 6 – Paired up with Matic well but late in injury time insisted on taking a critical free-kick over Mata at the top of the circle and ultimately kicked it directly into the wall. The match ended shortly after.

Nemanja Matic – 8 – By far the best offensive threat we had, proving that with his goal early in the game. Unfortunately, his second yellow card and then dismissal really stopped United’s momentum, and they could never recover.

Brandon Williams – 6 – His usual solid self in midfield. He kept Mahrez quiet all game.

Jesse Lingard – 3 – Bad, just bad. Showed zero effort the entire time he was out there and thankfully was subbed out before he screwed anything up. In a rare moment of anger, Solksajer was caught on camera telling Lingard off and he was subbed shortly after.

Mason Greenwood – 4 – No impact at all. I completely forgot he was on the pitch.

Anthony Martial – 4 – Like Greenwood, I forgot he was even there.