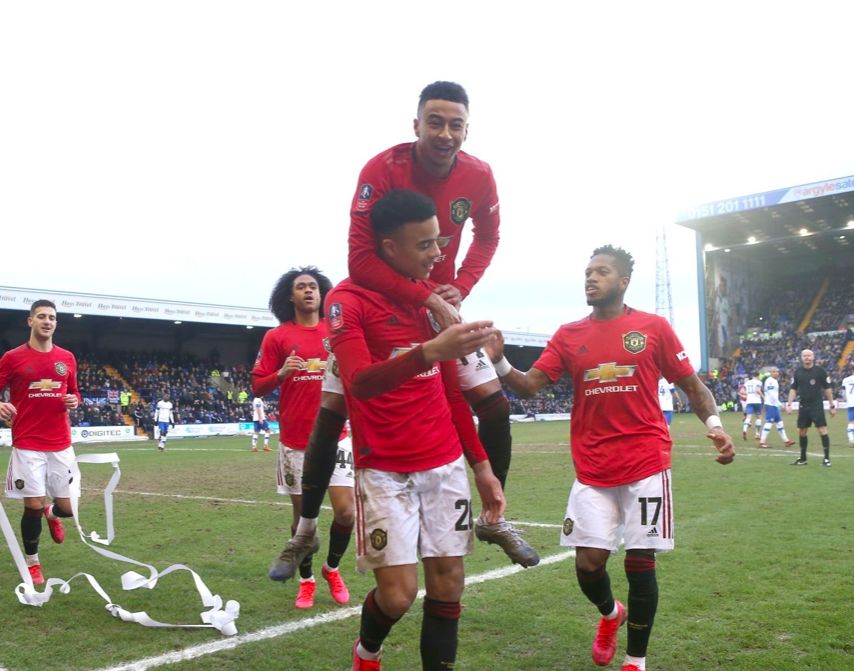 Watching the pre-match coverage on Sunday, and seeing the Tranmere Rovers grounds crew pushing a massive amount of water off the pitch 30 minutes from game time, I was afraid to watch.

The last thing this injury-riddled team needed was more injuries. Thankfully when the whistle blew, no injuries and a dominant 6-0 win against the Tranmere Rovers occurred.

Here are a few things we learned from Sunday’s match:

Like I mentioned earlier, the pitched looked almost unplayable, as it should have after hosting three home games in nine days.

Goals and a lot of goals

Considering all the injuries United have had recently, the question was, where were we going to get goals from since Pogba, Rashford, and others were still weeks out from returning to action.

Yes, it was Tranmere, but netting six goals from unlikely players is a confidence booster for the depleted lineup.

Harry Maguire, Diogo Dalot, and Phil Jones all scored their first United goals in amazing fashion. Yes, you read that correctly; Phil Jones scored. Most importantly, Jesse Lingard scored which is something that hasn’t happened in over a year.

United’s 6-0 win equaled a record from 1892. United won 10-1 on that occasion 128 years ago, against Wolverhampton Wanderers, which remains their biggest-ever winning margin. Also, the 5-goal display in the first half hasn’t happened in over 19 years, since United beat Arsenal 6-1 back in 2001.

Who would have thought an FA Cup match against a League One side would be considered a must-win match for United but it was just that.

Solskjaer, the team and all of United’s fans needed this win. No doubt it is a trying time for the team and supporters with the growing discontent toward ownership, manager, and players so the 6-0 was a much-needed win.

There is still plenty of negativity around Old Trafford, with supporters chanting “Ed Woodward is going to die”, “Love United, Hate Glazers” and various other anti-board songs so hopefully, this win put a little bit of hope into even the most hardened fan that the ship is finally on the right course.